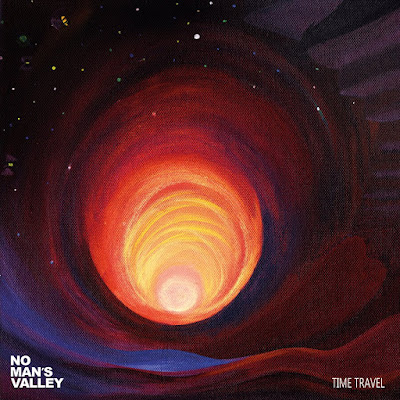 I'll say it again; It's cool to get invited to hear music from bands you're not familiar with; and No Man's Valley are new to me.
A quick search shows that the Dutch band have 2 previously released EP's; 'Mirror's Image' and 'And Four Other Songs'.  The band are now releasing their first full length record, recorded at Sputnik Studios, Belgium.
Opening to steady, pace setting hand claps; 'The Man Who Would be King' is a chant; a short introduction to that leads to 'Kill the Bees' a cool rock number with bluesy psych feel.
'Sinking the Lifeboat' is a nice, blissed out tune that moves along fluently onto the wonderful 'Love or Axe Murder'; a sinister track that builds brilliantly (and currently my favourite on the album) with Jasper Hesselink's almost charming Nick Cavesque vocal. 'Man Who Walked Backwards' is more blues rock again and the title track is an addictive, bouncy piece; one of those great songs you'll remember from the first time you hear it.  The album closes with 'Goon' which oddly brings to mind a gravel free voiced Tom Waits.
By the time you've finished listening to this LP, you'll realize the band couldn't have named their debut anything else. There's a whole heap of influences in the mix; there's a little of The Doors in there, particular in some of the keyboard licks, there are also some nods to Pink Floyd and Iggy Pop's 'The Passenger'. Its good stuff and it shows a happy adoration for music from decades gone by. Listening is a lot like stepping back and time traveling; it's an enjoyable debut by a band that benefit from a tight sound and  an interesting vocalist.  This band will, hopefully, find a wide audience and be a round for a while.