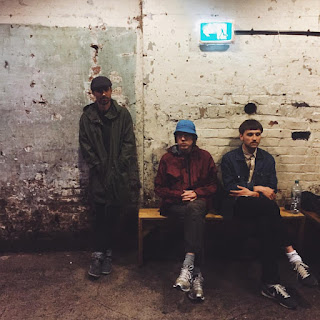 Its great to catch up with you! How are you all?

Hi John! Great to hear from you, and big thanks again for putting us into your top 10 albums of this year!
We're all good here, our line-up has changed slightly: no dismissals, but a reinforcement. Our vocalist swapped the bass for the guitar, while Masha, our tour-manager, took his place on the bass! We're really excited about this. Looking forward to showing people how it’s sounding.

It’s been a great year for the band. We’d say it was the most productive year we’ve ever had yet. First of all, we released our second album ‘Tschak!’ via Rocket Recordings on the March 10th. Secondly, we’d been touring over Switzerland and the UK with this album. Thirdly, there were a few amazing collaborations with the great musicians such as Lorelle Meets The Obsolete, Julie’s Haircut etc. This finally led to a remix album where all tracks from ‘Tschak!’ have been reworked by extraordinary people. It has been released on the December 1st and you can buy a limited tape or the digital version via our Bandcamp page here

It's a great remix album!  It really works well as a companion piece, you have label mates Josefin Öhrn + The Liberation remix 'One Step'; you've also had contributions from Al Lover, Ulrich Schnauss and Landing, how did that come about?

We didn’t think about it as a whole album. In the beginning we’ve been just asked by Julie’s Haircut and Kalli Ma for the stems to make remixes of Severokamsk and Cascais. After that we decided that it might be a great idea to get other musicians involved. We proposed the remixes to our friends - one to each band/musician and the response was so big that we understood; yeah something’s gonna happen. We asked our label-mates with whom we already collaborate and the bands/projects that we admire. For example, we did a remix of our favourite Landing’s song two years ago and we were so happy that they agreed to participate in this project. Interesting fact about this album that there is always a connection - MYKA is a project of Ivan Zoloto (ex-Love Cult) that once collaborated with GNOD, Camedor is a keyboard player of Lorelle Meets The Obsolete, while Andrea from Lay Llamas was a drummer of the Lorelle’s on their last UK tour etc. Everything is interconnected!

Tell me a little bit about the processes you go through as a band when you're recording.

To be honest, there is nothing secret, we just want to be natural to ourselves and the music we want to create. When a far-fetched idea is coming we stop the process and wait for a spontaneous thing which wakes up the creativity. It doesn’t matter how long we wait because the key is to get rid of your ego and get out of your comfort zone. Let’s switch on the practical part. Simplicity is the key; this is the main thing we got to know from Kraftwerk. No matter how fast you are in playing melodies and chord progressions, the idea is to find a unique sound of an instrument and to resonate it with your state of being. It turned out that when we recorded ‘Tschak!’ we had a massive arsenal that consisted of the old analog soviet synths and we had a plenty of instruments to resonate with ;)


Compared to other releases in 2017, I think you've definitely succeeded in making something interesting and unique.  When do you know that a track is finished? Are you tempted as a group to keeping adding new touches?

Wow, thank you for that! Yes, we think that creating new touches is a dynamic process that is finished only when we are mixing a song. At this stage, we’re still able to add new touches but, once we get it mastered, it’s a completed sculpture and we can’t do anything more with it, except go and accept it! It could make a song more difficult to play and it may change everything from the start to the end in the composition completely, but we love to overcome challenges.

What were you listening to whilst you recorded the album? Does that ever influence your sound?

Speaking of inspiration, music could be your enemy; sometimes it can make you roam, in not the right way. Sometimes during the mixing process, we must listen to a particular record just because we need to find the solution of how the mix should lay in the speakers; but for imagination I find that its  better to watch a movie or read a book.

I like asking that question! There are some bands that say they feed from outside influences. I do like the idea that you've invited interpretations from other artists.

I see what you mean…yeah we do think too that citation is not a crime; you’ll make it differently once you get the vibe, because in our opinion the real art is not about copying the melodies but it’s more about reflecting of the melody in your brain and reworking it into something unique.  Sometimes, it happens unconsciously and your hands do something in Ableton (software music sequencer) as if they’re controlled by someone else! 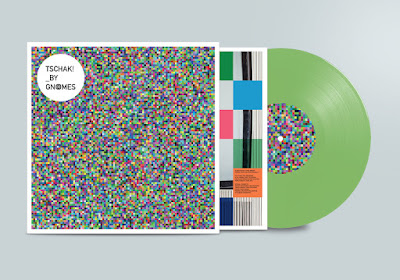 We’ve already started the process of creating new material and we jam at every rehearsal. We’re still learning how to jam because it’s not as easy as some people think; but every rehearsal brings different pieces that hopefully will shape into a new songs one day. Every member could create a piece at home and later we’ll jam around that piece at the rehearsals, no matter if it’s a melody or a drum loop.

We’d highlight GAS - Narkopop, William Basinski - A Shadow In Time, Moon Duo - Occult Architecture Vol.2! In addition, we went to Le Guess Who - 2017 (festival in Utrecht) and we were blown away by the band Essaie pas (the project of Marie Davidson) a very powerful noir-electro. Also, the Kevin Morby’s band was absolutely great and professional! If these two bands are in your town make sure you’ll get your tickets ;)

Absolutely, I'll look out for them!
Thanks again for catching up; it was great to talk to you! You've also put together a mix to go out with this interview; thank you! Why did you choose these particular tracks?

Thank you! These are just our all time favourites. No matter where you are, these tracks are reminders that you’re not alone in this crazy life-circle!