Shipwrecked was the first record of this year that I loved from the very first time I heard it.  It's a Kosmische masterpiece made on vintage equipment that takes in Tangerine Dream, Kraftwerk and cool cinematic soundscapes. Once in a while an album comes along that's so brilliant you want to share it immediately; this is one of them. Dave Schmidt is a member of Electric Moon, Zone Six, Krautzone, Interkosmos and the head of Sulatron Records. He also makes solo music under the name Sula Bassana.  I caught up with him recently to ask him how his year has been. 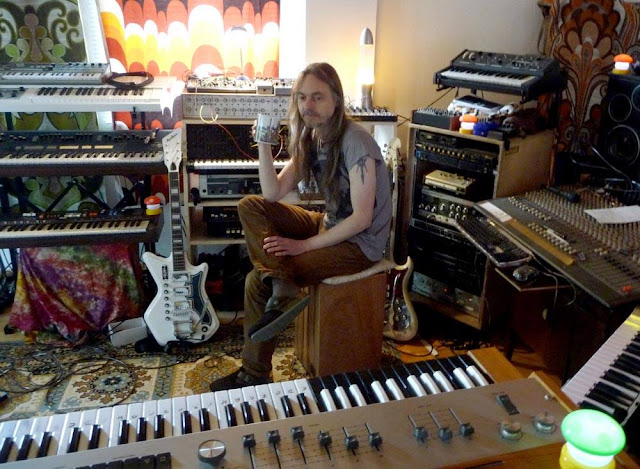 Hi Jaf! Yes, it was a busy year, but not as busy as the previous years; I need to do less so I'm doing less gigs in the future; that's more time for nature and my studio! It was a bad year for the health of some loved friends and us as well (but for us thankfully not too bad).  Let's hope the next year will bring back more positive energy! However, there were absolutely great moments, great releases and great concerts! 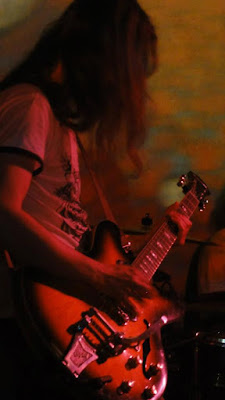 For me, Shipwrecked was the first great album of 2016, was it an easy record to make?

Thank you! Yes, it was very easy! The ideas came quickly and it was fun to make the songs.  I totally enjoy producing electronic music with all the great old gear I collected over the years. And there will be more of this kind in the future. I've already finished a complete album with tracks I made basically on organs and portable keyboards, but also added synthesisers, drum machines; I've used guitar and bass in one of the songs, the album will be called Organ Accumulator.  This and a 7" single with two more songs of this kind will be released in early 2017 on Deep Distance records (UK) on wax. Also I recorded a side-long track in the Berlin School like elektronic direction. For another new album :-)


It sounds like you keep yourself busy! Do you write and record the Electronic music by yourself or do you use bandmates from Electric moon, or perhaps some of the bands on the record label?

Mainly I do everything by myself, but from time to time Lulu  joins on vocals, like on 'Disappear' (from the split LP with 3AM), or on 2 songs from my next psychedelic rock album.  For this album' I just need to record the vocals (on 2 tracks) and one complete song. :-)  In the past, I've made some albums together with Modulfix (Martin Schorn), they were mainly electronic music albums as well.

Where do your influences come from? Especially as you make very different types of music.

I am an open minded person, so I always get inspiration.  I let musical instruments influence me. Every Guitar or Synthesizer or whatever has it's own feeling and creates a different mood in me. Sometimes I wake up with a melody, sometimes I just let it flow... but the deepest inspiration, for sure, is life.  It takes me up and down and I need to make music to stand all the pressure. 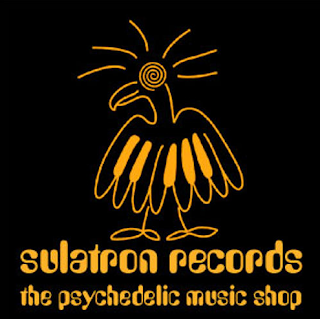 How do you choose the artists that you sign to the label?

Oh, most of them are friends or our own bands/projects. But sometimes I get a really nice promo (in case of Giobia and Sherpa) or find a band somewhere that keeps my attention (Deep Space, Polska Radio One...). Or I just ask a band that I love, like I did with Sun Dial, and suddenly they are on Sulatron!

The live show recordings are incredible, particularly the last Planetarium one, it's hard to believe they're not studio recordings, how do you make the sound quality the recordings  so good?

Wow, thanks a lot! It was recorded on a very cheap 8-track recorder, just the main instruments. It's hard work to make it sound nice, hehehehe. But in this case it worked more or less. The new concert recording (from 2016) sounds awful, we can't do anything with it.

Are there any new upcoming bands you recommend looking out for in 2017?

Hmmm... I really can only recommend Sherpa from Italy! Their debut album "Tanzlinde" is out on CD on Sulatron already and the vinyl version comes out in very late December, it's a really good trip, Something that crawls into your body from the back, very slowly, but when it's got you, you can't stop listening to it! Hopefully I can see them live one day.
I'm very much into producing at the moment and I'm looking forward to releasing it all. There's also more Sun Dial stuff, they've already recorded a new album. I will be re-releasing all the QUAD albums (Gary Ramon's solo project), which I love totally; some of the most trippy stuff around!

Thanks for catching up Dave, Happy New Year!

Have a great 2017, Jaf, and thanks a lot for the Interview! I'm glad you like my electronic music adventures! :-) May peace be everywhere on this planet one day!