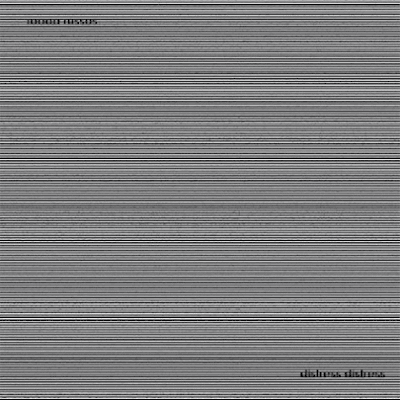 Portugals 10,000 Russos are a formidable force within modern psychedelia; described as industrial psych/post-punk; they bring an intensely psychedelic buzz to their sound, whilst utilising hypnotic Krautrock rhythms.  Distress Distress is their second LP and is released by the London label Fuzz Club Records.

The record opens with 'Germinal', an arresting, motorik monster, that beats its way acerbically over 7 minutes of atmospheric drones and sonic inflections.  'Tutilitarian' delivers a confident bass line, whilst menacing walls of guitars and synths build and throb over its neo psych soundscapes.  'Europa Kaput' is up next and shares an approach to sound, not unlike label mates 'The Cult of Dom Keller'; the synth psych approach to modern psychedelia over krautrock beats and electronic soundscapes builds to a gratifying climax.  The sonic modulation and cosmic progressions of 'Ism' follows and shifts its focus of noise from light to dark effortlessly, before moving into the cloudy repetitions of 'Radio 1'.
'Distress' closes the record in style; a threatening beat pulsates over an evolving wall of oscillating feedback and ominous growling vocals, as the record draws to its satisfying conclusion.

Within the 6 tracks are dark undertones and heavy drones; Distress Distress demands your attention.  Inside the labyrinth of sounds are mysterious vocals, chants and metronomic rhythms; it mesmerises from start to finishes and envelopes you into a dark work of electronic psych and dope induced fogs. The influence of Neu! and Spacemen 3 are evident, but at times it also calls to mind the relentless intensity of more current acts such as Hookworms.

10,000 Russos remain a hard working, touring band.  Their performance at Liverpool Psych Fest was widely described as a stand-out set and is still being talked about now.  These tracks will surely take on heavier and irresistible form in a live set.
The futures bright for the trio right now, their second full length delivers so much and still promises more to come in the future.  Fuzz Club have played a blinder here; watch the end of year lists, you'll be seeing Distress Distress feature in many of them.