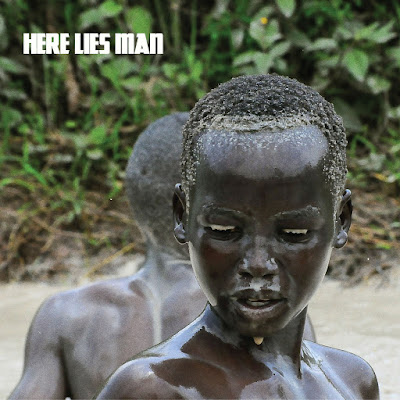 What if Black Sabbath played Afrobeat?

I'll be honest, it's not a question I've ever asked myself; Antibalas's Marcos J Garcia has though.  "These repetitive guitar figures that happen in Afrobeat music are pretty close to heavy rock guitar riffs," Garcia explains. "It's based on the clave;  the musical algorithm that the rhythms revolve around.  That's what gives it integrity and is part of this musical conversation thats going on.  I knew I wanted it to be psychedelic and heavy; and I wanted to be expanding on a musical tradition, rather than pretending to be creating something new."

'When I Come To' opens the record with a fuzzed up riff and punchy vocals; it demonstrates, in perfect fashion, what's to be delivered over its 8 tracks.  The music is hypnotic and the beats are unpredictable, especially evident on the second track 'I stand alone'.  Everything served up here is encased in a sonic wall of distorted electric fog and hefty rhythmic drumming . 'You Ain't Going Nowhere' puts itself it up for track of the year so far; intense, urgent and far-out, the drum work by Geoff Mann is incredible.

'Letting Go' doesn't let up the pace; the woozy synths interweave with the mantra like riffs and it's pounding counterpart as it leads to the psychedelic trip of instrumental track 'So Far Away'.  'Belt of the Sun' follows like a cosmic hurricane and brings to mind, Swedish band, Goat, but without their own trademark chanting vocal and given a harder, dirtier edge.  The album ends with the title track and once more demonstrates the addictive tribal psychfunk and looping beats the band set out to discover.

Whatever the inspiration/motivation was for Garcia to write and record the Here Lies Man record it works.  At its best, it’s groovy as hell with the right balance of heavy riffs and stoner fuelled rock, as well as the  psychedelic infused flourishes Garcia strived to create.
I can’t say whether, or not, it’s a combination that’s going to work for everybody.  As someone that doesn’t know too much about what’s considered great (Fela Kuti aside) in afrobeat circles;  I don’t suppose I can really say how it has an appeal that would be embraced by fans of afrobeat.  Garcia wanted to expand on that existing musical tradition and there's no argument that he's achieved that.

In a Month where The Cosmic Dead release an LP entitled ‘Psych is Dead’ and the Dead Sea Apes release an incredible Psych-Dub Record; it would seem that there is an appetite for change and to look at more interesting and challenging approaches to making Psychedelic rock music.
There are some fascinating artists right now, pushing the boundaries and are being backed up by really forward thinking labels.  As 2017 progresses, the calibre of new music is getting stronger and for now at least, Marcos J. Garcia and RidingEasy Records are at the forefront of that.   Here Lies Man have delivered something that’s completely original and spirited, if you’re willing to venture into new territory, this album comes highly recommended.