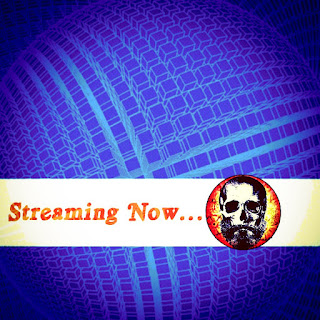 July is upon us and its  been another strong month for new releases and through bandcamp they're there for you to hear too.
This Month sees the release of Kabbalah's 'Spectral Ascent, an album of stoner-psych vibes with an occult sway; the band are based out of Spain as a project from Carmen and Marga, former members of Las Culebras. They initiate a new phase to darker environments, looking at the 70s with a curiosity for the weird, witchcraft, and spooky retro sounds.
Heavy Psych Sounds are releasing the second volume of their 'Nick Oliveri 'N.O Hits At All' Series; the compilation is a mixture Nick Oliveri's released and unreleased greatest works. Vol.2 is psychedelic series containing the best of a creatives past 25 years in the industry. Featuring both Oliveri's adept bass strums and unique vocals, this is a solid collection of an individual's impassioned works.
Ripple Music are unleashing the sixth Part of their 'Second Coming of Heavy' Series; this time around the label has focussed on two Italian bands, Kayleth and Favequaid. There are a couple of albums here I was definetly late to the party with, fans of Trippy Psychedelic Acid Folk will love the self titled album by Virgen Sideral; those with a penchant for good hard riffing stoner rock with a cool vintage sound will dig the self titled release by 'Red Spektor', both are highly recommended.

Amongst the recommendations there are recent releases by Stoner veterans Sasquatch, a brilliant slice of psychedelia from Cobra Family Picnic, and one of the more intriguing releases from Austria's Melt Downer; a brilliant mix of hard alternative drug rock with plenty of noise thrown in, fans of Destruction Unit will love them. Fans of tripped out SpacePsych will no doubt dig the new Vintage Cucumber ep which is also up on name 'Name Your Own Price', check it out.

I'll be playing lots of these bands/tracks/records on the various radio shows for Hard Rock Hell Radio, Grip of Delusion Radio and Bigjaf.net as well as a ton great new music. The title links are clickable and will take you to the bandcamp page. As always, if you like what you hear support the artists and pay for the download, or check out their pages and buy a physical version. A lot of the bands here will be selling vinyl versions and special editions such as the Boobs of Doom release '#10 eXXpre$$ion' which comes as a limited edition pink cassette via a new and very cool label 'Odd Chorus', its also one of their best pieces of work to date
Dig in and enjoy !