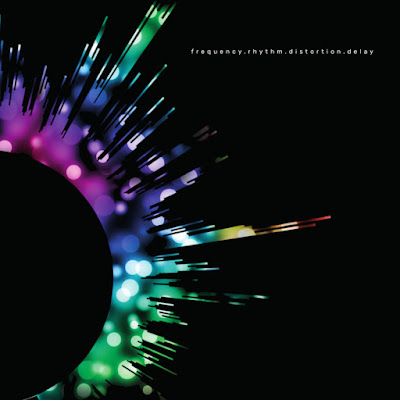 Psychic Lemon turned a lot of heads with the release of their debut album nearly two years ago.  Initially self-released, and then issued on vinyl via Drone Rock Records, the (then) four piece from Cambridge offered a glimpse into how Psychedelic rock should sound in 2016.
Jump forward a couple of years and the band have gone from strength to strength. The debut featured heavily in the AOTY polls and they became a presence in online media, blogs and podcasts; more recently, the band have started touring more.
Towards the end of last year, PL started building up the anticipation of a follow up with the announcement that they were releasing their second album via German Label Tonzonen Records;  this would see them with Spacerock and Psychedelic Krautrock heavyweights The Spacelords, Knall and Weites Luftmeer.

'Frequency Rhythm Distortion Delay' opens with the flow of 'Exit to the Death Lane's seductive groove, along with tribal beats, introducing the track confidently. A burst of cosmic barrages of reverberating guitars and psychedelic swagger, follow and it's clear by the time track is over that the band mean business.
'Hey Droog!' follows in dirty motorik style, complete with swelling wah wah and unrelenting drum beats; the energy sonically radiates through the tracks before moving into 'You're No Good'; Tempo's flare and the track travels apace before delivering the relentless sound of amped up, space sax (thats probably a thing, right?).
Fans of the band will recognise track 4, 'Interstellar Fuzz Star' as its been around for a couple of months on Bandcamp, social media, radio shows and podcasts.  It's an intense 10 minute long psychedelic jam and served well as a taster for the album; cleverly, the track merely teased just how spectacular the finished full length would be. 'Satori Disko' is a little less frenetic and offers a slightly more mellow trip; a fitting close to the record.  Offering a more hypnotic electronic sound, it's a voyage of mesmerising sonic beauty and the best way possible to bring the LP to an end. 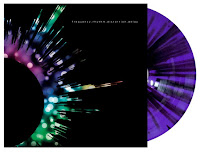 It comes as no surprise that FRDD is every bit as good as it is; in fact its better than anything I could've expected. Relentless, raw and true to it's titles promise. The groundwork laid by the band’s excellent debut album is realised perfectly over 5 brilliant tracks; the development of style by the now trio is a major accomplishment.
Psychic Lemon clearly have a distinctive sound and right now they stand above the shoulders of many of the established modern psych acts.  FRDD deserves the buzz and praise it's receiving; it's a record that attracted a lot of interest following its announcement, and without question a record that exceeds all possible expectations.

Once you hear album this you will know that Psychic Lemon have just delivered the first essential record of 2018; it simply is that fucking good!


At the end of 2017, Atom Heart Mutha was lucky enough to have Psychic Lemon record a special mixtape as part of the End of Year Special; Psychic Lemon chose to play tracks by bands they love as well as and some of their influences.  You can hear that mix now on the player below.