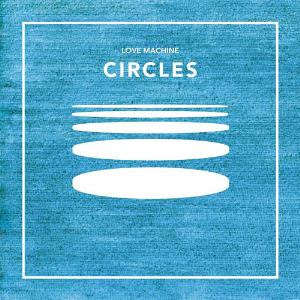 Love Machine release the highly anticipated follow up to 'A Present to the Galaxy' soon. 'Circles' see the German five piece continue their successful journey into the infinity of space, the human soul, and beyond.

There are plenty of bands from over the decades that have shown their love and respect of psychedelic pop music; each of them striving to bring a fresh or different take on the sounds of days gone by. What strikes you immediately, when listening to Love Machine, is the distinctive vocal style of Marcel Rösche. The songs themselves are rooted somewhere between The Doors and early 70's rock, but it's his notably theatrical delivery and tone that draw attention.
'Circles' is a concept piece about gravity, rotation and time, in which Love Machine face the eternal genesis and demise in galactical and interhuman terms.  'Sun Paradox' combines sounds of the West Coast and 'Love Street'. The track has warm feel and in a cool way to open the album.
'Maze' follows next and incorporates elements of early Santana; especially towards the end as the guitars kick in.  In contrast, 'Rotation of Earth and Love' begins as a confident pop-rock trip and evolves into something more spaced out, before leading out with a wonderful guitar solo. There's more 70s influenced rock on the title track. The moment the guitars tease that 'Love her Madly' is around the corner, there's suddenly an elongated guitar solo reminiscent of Steely Dans 'Reelin' in the Years'.
'Gravity' is more psychedelic spacerock with a cosmic synth centre,  leading into the epic 11 minute long 'In Search of Time'; a track that embraces all the of influences that have ran throughout  the album. This track melds them in to one mammoth sprawling jam; fantastic stuff!

Circles is highly recommended; the band are clearly influenced by The Doors, Zappa, Hawkwind, Floyd and Fela Kuti; they wear it well, but still offer something different and interesting.

Circles is released on April 22nd, click on the links below to purchase it on vinyl or cd.