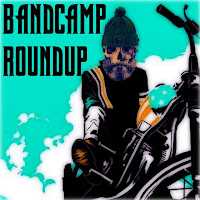 As the year comes to close there still appears a wealth of brilliant music out there getting released, especially right now.
Below is the Bandcamp Links to show Brand new and recent stuff you can stream and hear now.  Take some time and check this stuff out, theres some absolute gems.
And as Always, if you like what you hear support the artists and pay for the download, or check out their pages and buy a physical version.
A lot of the artists here will be selling vinyl versions and special edition packages

This is the third record by the Blues Stoner Trio from Adelaide and their strongest album to date. Taking in irresistible riffs and grooves as well as the blues edge that gives them a sound all of there own, theres  plenty to get stuck in to here within the Psychedelic magic.  Right now theres a strong stoner rock scene in Australia, check out Filthy Lucre and Hotel Wrecking City Traders, seriously fucking great music. !

Brilliant Psych Rock from Athens Greece and recently given a 180g vinyl release by INNER EAR RECORDS. Chicn deliver brilliant rock with a Psychy- Jazzy- Edge. The Bands bandcamp page says it best ....!!
This is a radio zapping on a 68-minute car drive. This is a field unfolding in front of your very eyes and at the same time a call of wandering. This is an attempt of some people to invent themselves through playing. This is Jetztzeit rock. A sound conceived as jump in the free sky of history.  Surely that sells it to you?!

Glitter Wizzards new lp gets a welcome release on HEAVYPSYCHSOUNDS
As the group enters it's ninth year, Glitter Wizard are set to release their most ambitious album yet. Hollow Earth Tour is a concept album of sorts; chock-full of reptilian overlords, underwater fascists, and inner-earth explorers. This band of California rifflords pillage the best of vintage hard rock while keeping their laser eyes on the future, creating a unique brand of oddball psychedelia. Absolutely essential listening !!

We bid a welcome return to Sweden's Kungens Män to 2016 following last years LP Förnekaren.  The band are best known for their unique blend of Post rock style but the band are so much bigger than that, taking in Spacerock Jams and Krautrock Stockholm Maratan is so much more. You can Purchase this now to download or buy one of the super limited CDs in vinyl style packaging.

RIPPLE MUSIC  release the mammoth stoner rock masterpiece by Californian hard rockers Arrowhead Now ! 200 Virgin Black (9!!?) Los have been pressed to go along with the ltd CDs in 4 panel packaging.  Ever nicer is the beautiful Desert Moon Blue Lp, with only 100 pressed you need to catch one quick. The album is an absolute treat for fans of Desert Rock and Fuzzed up riffs and yet another quality release from Ripple music, a label thats dominated 2016.

More likely to fall under the Hip Hop tag, William Benjamin Bensussen aka The Gaslamp Killer blends hard beats with psychedelic styles and eastern psych flavours, anyone lucky enough to see his live DJ sets will know that he can throw obscure middle eastern hip hop in with Dungen, Tame Impala, Fuzz and John Carpenter style horror soundtracks as well as a shitload of brilliant tracks you haven't even heard yet, a true master of the craft. Instrumentalepathy is the eagerly awaited follow up to 2102's 'Breakthrough' and is available on 2x 10" Splatter Vinyl and its all killer.